Spiros “Americanos” was born in 1892 and raised in the suburb of Kanoni, south from Corfu Town. In 1920, as it was becoming increasingly common for young Greeks, he and his brothers made the long journey to the United States, seeking for a better future in a country that offered them opportunity for adventure and work as well as the means to provide for their family in Corfu.
In the United States, the brothers worked very hard in a wide diversity of jobs, from Boston’s produce markets to the oil fields in Alaska. In the early 1930’s, as America plunged into the Great Depression, the brothers decided to return home, except for Yannis, who got married and became a policeman.
Back in Corfu, Spiros acquired the nickname “Americanos”, which means American in Greek. He brought his Dodge car all the way from the United States and he was the first person to have a car on Corfu Island. This is how he came across the Durrell family and began his taxi driving career.

Spiros was a benevolent, pragmatic and genial man, known for his great sense of humor and his battered Dodge taxi, with the latter being a very familiar sight in the streets of Corfu Town and Kanoni. He was one of the first people the Durrell family met on the island and from the very beginning he became their fierce protector and their personal guide, showing them around the island. As Gerald Durrell quotes “Spiros had entered our lives on our arrival in Corfu as a taxi driver and within hours had transformed himself to our guide, mentor and friend” (Marrying Off Mother, 1991).
His command of the English language was scarce at that time and proved to be invaluable in helping to ease the Durrells into the rhythm of the Corfiot lifestyle. But it was his hospitality, abundant kindness and selfless devotion to Louisa Durrell and her family that proved to have played a large part of the reason why their stay became so successful. In turn, through the family’s published reminiscences, the island, with its wonders and spirit, has become internationally celebrated.

Through Spiros Americanos’ intimacy with the family, his son Michalis became close to Gerald, Leslie and Lawrence Durrell and enduring after his father’s death from pneumonia in 1940, he enjoyed a longstanding relationship with them. He also made several friends since the Durrells had numerous guests on the island.
These include the controversial American author Henry Miller and the English novelist Mary Stewart. The latter made a dedication to Michalis in the Corfu set novel mentioning that “Among the many debts I have incurred while writing this book, two are outstanding.
I should like to thank especially Mr Michael Halikiopoulos, Director of the Corfu Tourists Services for all his kindness and for the help he gave me” (This Rough Magic, 1964).

WHO WERE THE DURRELLS?

Lawrence Samuel Durrell, Louisa Durrell and their four children, Lawrence, Leslie, Margaret and Gerald, were a British family living in India. After the father died, the family moved to Bournemouth, UK, before deciding in 1935 to move to Corfu, an island where Lawrence with his wife had prior moved to. There, Gerald, the youngest child in the family, learned to appreciate the natural world and was educated in natural history by his Greek friend; Dr. Theodore Stephanides.
Corfu also inspired him to later comically depict his carefree years spent on Corfu in an autobiographical book series called the “Corfu Trilogy”. The first book of the series “My family and other animals” was printed in 1959, “Birds, Beasts and Relatives” in 1969 and concluding the series “The Garden of the Gods” in 1978. The books became best sellers and very popular all around the world. “My family and other animals” was adapted by the BBC as a ten part television series in 1987 and a 90 minute film in 2005. The most recent adaptation is the six-part series “The Durrells” in 2016 from ITV. 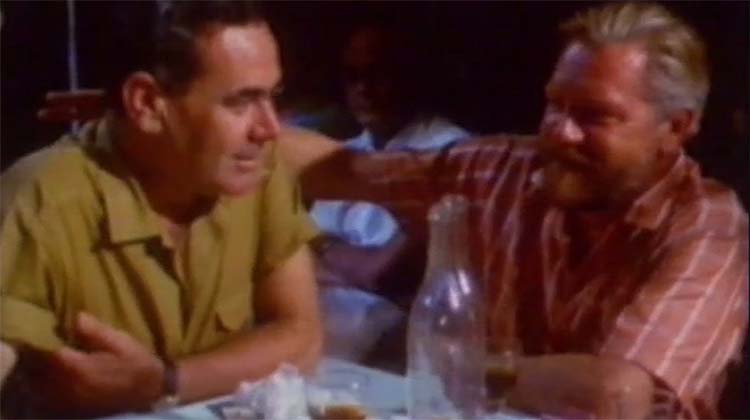 If you are a fan of Gerald Durrell’s book “My family and other animals” come and experience our private tour “The Durrells’ Pathway”, accompanied by Michael, Spiros Amerikanos’ great grandson.