This cruise is ideal for those who want to catch a glimpse of the Greek Mainland’s north – west coast. Heading south, parallel to the mainland, we pass the capital city of the Thesprotia region, Igoumenitsa, the small fishing village of Plataria and the Sivota Islands, where the ship enters the breathtaking cave of Sivota.
Parga is a large picturesque village with island architecture blessed, with a rich eventful history, rare physical beauty, interlaced beaches, emerald water, calm bays, olive groves, a healthy climate, romantic side streets, and pathways whose two- and three-storey houses form an amphitheatre beneath the imposing remains of a Venetian castle, which is one of Parga’s main attractions. Opposite the castle there is a small island dedicated to the Virgin Mary, with a church and several medieval Venetian and French buildings.

As afternoon comes around, you will have the chance to stroll through the wonderful narrow streets, discover the many interesting curios shops, have lunch at one of the traditional seafront tavernas or enjoy swimming in one of the three beaches of Parga.

About 15 kilometres from Parga is antiquity’s most important oracle, the Oracle of Acheron. The ancient Greeks believed that the springs of Acheron were the gates to the Underworld.

On the way back to Corfu, we sail around the historical small islands of Sivota, where the great naval battle between the Corfiots and the Corinthians took place in the summer of 432 B.C. Many of the vessels sunk in the fighting are still there at the bottom of the sea. Soon afterwards, we arrive at the picturesque Blue Lagoon bay, where historians say the Arabian pirates moored their ships in the Middle Ages. We drop anchor close to the beach, and you will have the opportunity to swim in the lagoon’s exotic blue waters. 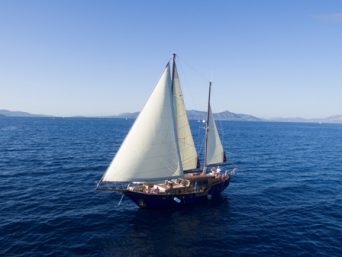 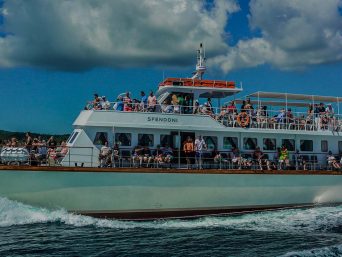 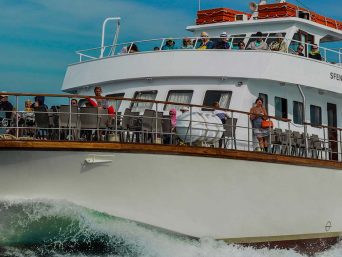 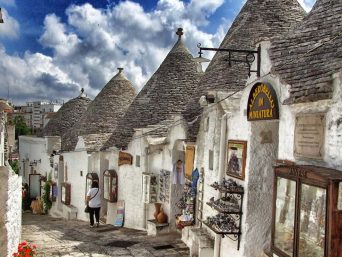 TRIP TO THE SOUTH OF ITALY - BARI & ALBEROBELLO FROM CORFU